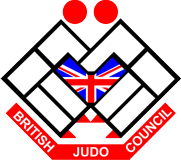 Sadly, British judo has lost its staunchest friend. Mr. Watanabe passed away on September 25th. Born in Niigata Prefecture on 29 January 1936, Watanabe started judo at high school when 16 years old, somewhat late by Japanese standards. Nevertheless, he made rapid progress achieving 5th dan at age 21 while at Chuo University, Tokyo. In his prime he stood 5ft. 9ins and weighed around 84 kilograms. In his contest days, there were no weight categories, all events were open weight. Despite his relatively small stature, he was as successful in student judo championships as the heavier students such as Akio Kaminaga and Saburo Matsushita. In 1959 Watanabe came 3rd in the All Japan Judo Championship, and in 1960 won gold at the Asian Games.

Watanabe was well known in the mid to late 1950s as a stylist, and for his relentless, and at times, blistering attacking judo. He was captain of the Chuo judo team and also of the Japan judo team that defeated the USA team in an international tournament in 1957. Being Chuo judo club's star performer, he strongly influenced the younger members. Later, three in particular became famous in their own right: Okano, Tsuzawa and Sekine. Isao Okano in the -80kg, category won gold at the 1964 Tokyo Olympic Games and again gained middleweight gold at the 1965 World Championships. In both 1967 and 1969 Okano captured the All Japan Judo Championship. This Championship, incidentally, remains still today an open-weight event. In addition, at the 1971 World Judo Championships, Hisashi Tsuzawa won the -70kg title. In 1972, middleweight Shinobu Sekine attained the All Japan Judo Championship and later that year won the -80kg gold medal at the 1972 Munich Olympic Games. Thanks to Watanabe and the feats of his juniors, this 1960 - 1970 decade proved to be the golden age for the Chuo University judo club. Earlier, in 1961 Saburo Matsushita left the Renshuden after a four-year stint in the UK and returned to Japan. T.P. Leggett contacted George Whyman, who was then in training at the Kodokan, and asked him to recommend a suitable replacement. George informed TP of the skills of Kisaburo Watanabe. Therefore, in 1962 Watanabe was invited to the UK as judo instructor.

Watanabe stayed in Britain from 1962 to 1967. He taught principally at Leggett's Renshuden Judo Academy and at the Budokwai. Watanabe stayed at Leggett's house in Kensington, London and every morning he attended English language school and gave judo instruction in the late afternoons. He also occasionally taught in mainland Europe. While in the UK, Watanabe was appointed National Coach for three years. Similar to his former days at Chuo, he influenced many young British judo men, in particular Brian Jacks, David Starbrook and Angelo Parisi. I once said to Watanabe, 'If you had remained in Japan, instead of going to the UK, you may have been included in the Japanese Judo team for the 1964 Tokyo Olympic Games. Weren't you disappointed by giving up that opportunity?' His reply was, 'Yes, I may have competed in the Olympics and may have won a medal. But I have never really regretted accepting Mr. Leggett's invitation in going to live in the UK. It was a great experience for me, one I shall remember for the rest of my life.'

Watanabe achieved a wide repertoire. He often used a double lapel grip that enabled him more easily to throw both to the left and right side osoto gari, seoi-nage, uchimata, taio-toshi and ashi-waza. It was quite unusual in those days to see anyone so versatile in performing techniques with such power and such control. His movement around the mat was cat-like, no matter if attacking or defending, he always seemed able to maintain perfect balance. I remember Watanabe taking a lineup of 10 black belt judoka at the European Judo Championships in Geneva, Switzerland, in 1965. The previous evening another Japanese had struggled during his line up. It so happened that the Japanese ambassador to Switzerland was in attendance when Watanabe rose to the occasion. His performance was the best exhibition of pure technique that I ever witnessed. He held back and let each opponent attack him several times, then he unleashed just one devastating ippon on each of his opponents. What made his display so impressive, was that he threw each man with a different throw. As I recall, he never used the same technique twice.

In the UK, he became quite well-known since he had appeared several times on nation-wide TV and had often travelled to provincial dojos to give instruction. After some five years in the UK, he returned to Japan in the spring of 1967. He joined the staff of the Nippon Budokan where he rose to be head of the Promotion Department. He regularly asked me to assist by giving an English language commentary for the growing numbers of foreigners who attended budo events held in the 1970s and 1980s. In 1993, Watanabe travelled back to London to attend John Newman's cremation and again in 2000 when he attended T.P. Leggett's funeral. In his late thirties, Watanabe took up golf and became a keen, accomplished exponent winning at least one amateur tournament that I recall.

At the age of 65 he retired from his post at the Budokan in 2001. Watanabe was always caring and considerate to British team members whenever they visited Japan for training. He and his wife would often greet, guide and entertain them. Although not as active as he once was, he was especially pleased that he was physically able to travel to London in February 2018 to attend the Budokwai Centennial Banquet. He is survived by his wife Reiko and his two daughters Kyoko and Satoko.

It's with undying respect that he will be dearly missed by the international Judo fraternity. Rest in peace, Sensei.